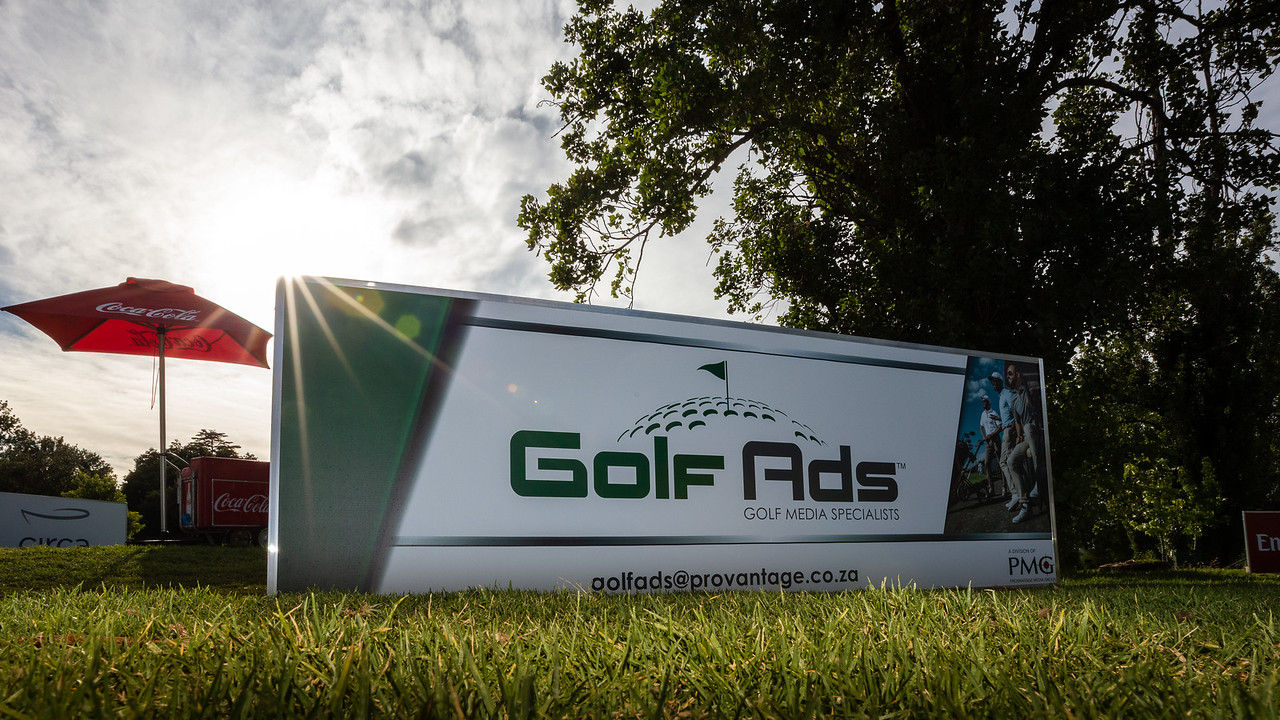 Golf Ads™ took a step towards increasing its global profile with a high-profile sponsorship of the South African Open – the world’s second oldest national Open – hosted by the City of Johannesburg in December 2018.

The tournament was played at Randpark Golf Club – one of 80 premium golf courses where Golf Ads has exclusive advertising rights – and was the first to be officially hosted by the City of Johannesburg, after a decision was taken to merge the SA Open with the Joburg Open.

For the first time, the SA Open was a tri-sanctioned event, involving South Africa’s Sunshine Tour, the European Tour and the Asian Tour, which extended the global reach of GolfRSA’s flagship tournament – and the Golf Ads™ sponsorship – thanks to four days of international TV coverage.

“Golf Ads™ has been a key sponsor of a number of golf tournaments, and as the country’s leading golf media specialist company, is invested not only in innovating within the out of home marketplace, but in the sport itself,” says Golf Ads™ Director Johan Scholtz. “Sponsoring the biggest golfing events in the country ensures that our brand remains top of mind amongst key decision makers and demonstrates our dedication to golf and the growth of the sport.”

Approximately 6,500 spectators turned out at Randpark in December and along with the international TV exposure, there was significant local interest in the tournament, due to the number of home-grown players in contention to win over the four days.

They included major champions Ernie Els, Charl Schwartzel and Louis Oosthuizen, with Oosthuizen ultimately prevailing and going on to romp to a six-shot win, to claim his first SA Open title.

“Golf Ads™ reaches an average audience of over 500,000 consumers a month, via an innovative product portfolio, but this was an opportunity to speak to a different and wider audience, and a global one at that,” says Scholtz.

According to Mindshare, global interest in golf has also increased significantly, with the latest data showing that 24% of 18 to 64 year-old adults around the world have an interest in the game – an increase of 9% over the past four years.

With approximately 3.65 million rounds of golf played in South Africa every year – almost 10,000 rounds a day – Golf Ads™ offers a compelling proposition and is well-placed to maximise the branding and engagement opportunities that a growing sport presents.

That’s thanks to a diverse portfolio of products, made up of Ballwashers, Traditional and Pro clocks, Mini Billboards, Golf Lites, Bar Ads™, Golf TV™ and Golf Ads™ activations.